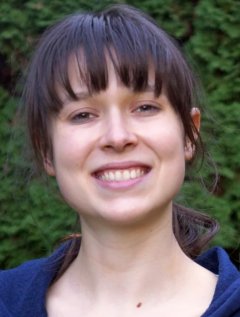 Caroline Lemieux is a PhD candidate at UC Berkeley, advised by Koushik Sen. Her research interests center around improving the correctness and reliability of software systems by developing automated methods for engineering tasks such as testing, debugging, and comprehension. Her current projects tackle these goals with a focus on fuzz testing and program synthesis. Her work on fuzz testing has been awarded an ACM SIGSOFT Distinguished Paper Award, Distinguished Artifact Award, Tool Demonstration Award, and Best Paper Award (Industry Track). Before Berkeley, she received her B.Sc. in Computer Science and Mathematics at the University of British Columbia, where she won the Governor General’s Silver Medal in Science, awarded to the undergraduate student with highest standing in the Faculty of Science. She is the recipient of a Berkeley Fellowship for Graduate Study, and a Google PhD Fellowship in Programming Technologies and Software Engineering.